At a very young age I realised that I needed to take care of myself. I grew up with an alcoholic physically abusive father and a mother who had shut down. I had 3 siblings the fourth had passed away at 9 months. I was the youngest and my eldest sister was 15 yrs older and very much a mother figure to me. When I was five my parents got divorced. My mother was left to take care of three kids and was unbelievably fearful to do this, having being married for 23 years. She found a job in Johannesburg as a hairdresser. Traveling to work would take an hour. On route we would stop at the station in Florida and I would have to get off there and make my way to school which was about a 45 minute walk. For some it might have been a walk in the park, but for me, at the age of 6 yrs was a terrifying experience. I would cling to my mom as we approached the station. She would try to reassure me that I would be ok, but the more she did this the more I would cling to her. Eventually she had to literally push me onto the station and the door would close. Teary eyed and anxious I would then run after the train and then realise she was gone and had to do this on my own.

I suffered throughout my childhood and schooling with a variety of fears. I clearly remember the day I finished school, it felt like a celebration! I thought it was all going to be ok from here onward. The problem is; cellular memories don’t just fade, they remain until you deal with them and heal them. When my kids started school, I started feeling similar fears about them going to school. I couldn’t quite work out why I would be so anxious when I took them and left them at school. Sometimes I would feel physically ill in the morning as I said goodbye to them. There were some good days, but most were filled with anxiety for me, and also for them as they picked up on my fear.

Last year I attended my first tapping course with Lana. During the class she asked if someone would like to volunteer to work through an issue they had been struggling with for a while. At this point I knew very little about tapping, but I was willing to try anything to help me with my fears. It was a small class and I felt comfortable to share my issues. I chose to work on my fears around leaving my mom and school. Lana started the tapping process and after about 5 minutes of working on me I could feel myself getting incredibly fearful and emotional. The tears came easily and then I think I went into a state of shock. I started hyperventilating and shaking. It was weird, I was aware of what was happening around me and yet I felt like I had no control of my body. I could hear Lana speaking to me calmly trying to reassure me that I was fine, I was aware that someone was holding my feet, but I just could not snap out of the fear. I now know that was I experienced is called an Abreaction.

It seems strange to say this but since that day I have had very little fear around my kids going off to school or any anxiety separation. Now all I worry about, is that I’m not worried.

Thank you Lana for showing me what it feels like to be free of this trauma which I have lived with for 47 yrs. 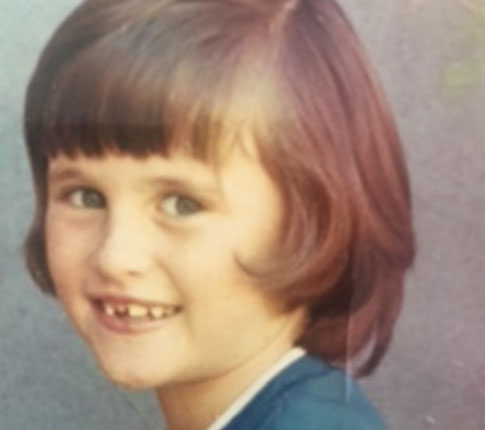